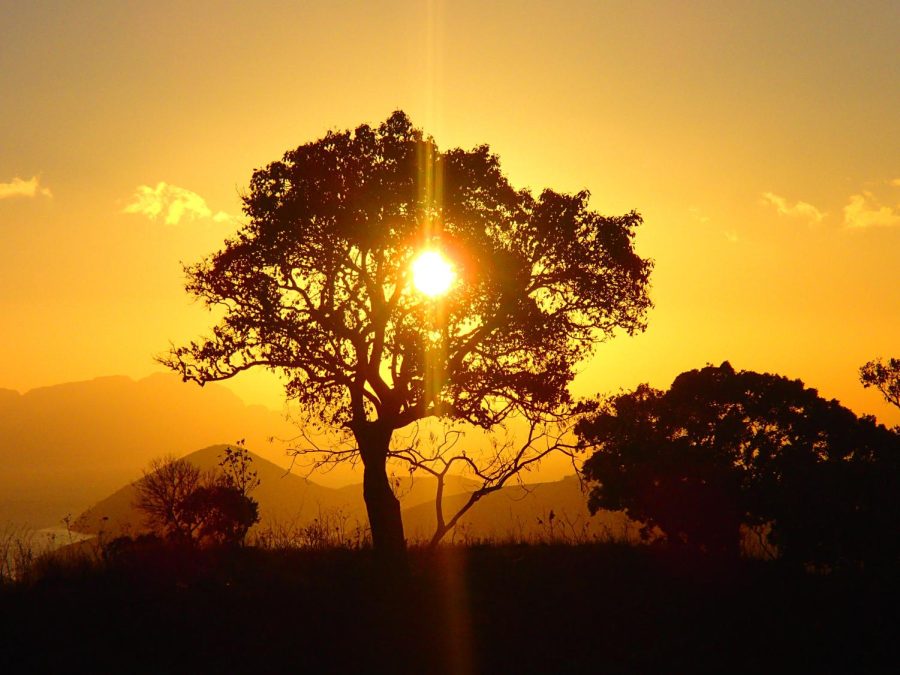 Five hundred years ago, Saint Ignatius of Loyola was shot in the leg by a cannonball, ending his military career and inspiring the beginning of his spiritual conversion.

To honor this moment and bring it into the present, Fordham Campus Ministry invites submissions to an art exhibit titled “Seeds of Transformation: Envisioning Hope for the Environment with Ignatian Imagination.”

The idea behind the exhibit dates back to Teaching the Ignatian Family for Justice in October 2021. Carol Gibney, Director of Campus Ministry, Solidarity and Leadership watched Brian Hennings, Fordham Graduate School of Arts and Science ’03 and professor of philosophy at Gonzaga University, speaking at the conference “Telling a new story on climate change”.

“Art is always a portal to the sacred…it is at the heart of Ignatian spirituality.” Carol Gibney, Director of Campus Ministry, Solidarity and Leadership

Hennings described in his talk how we can connect the dots between Ignatian spirituality and environmental sustainability, considering morality and compassion for the Earth and those who live on it.

“There were a lot of people watching Fordham’s (speech), and we all had the same strong reaction to his speech,” Gibney said. “Of course, the environment and many other things are front and center, but instead of looking at (the Earth as) a World ‘Wall-E’how do we reinvent it?

From there came the inspiration to link the anniversary of St. Ignatius’ conversion to the realities of climate change. Campus Ministry thought an art exhibit would be beneficial in allowing students and members of the Fordham community to express their thoughts and views in a way that words might not be able to capture.

“Sometimes there are just no words,” Gibney said. “Art is always a portal to the sacred, and art expression, I think, in all its varieties – music, dance, graphic art – invites us to stop, pause and reflect, and this is at the heart of Ignatian spirituality.”

Gibney explained that the process of turning this concept into something tangible took “a lot of prayers”, organization and strategic planning. Campus ministry staff and students from both campuses divided into four committees to delegate the work, each in charge of a different aspect of the planning.

One committee manages bids, another plans opening receptions, and the third directs marketing and promotion. The fourth committee is considering collaboration with community partners, such as St. Paul the Apostle Church which sits right next to the Lincoln Center campus.

“We tried to keep it really strategic and keep it as simple as possible, recognizing that students, their spring semester is always really busy,” Gibney said.

“Ignatian spirituality is essentially about re-imagining the world.” Carol Gibney

Rather than focusing on the despair of climate change, “Seeds of Transformation” invites participants to see through a positive lens of action and hope. Their call for entries invites artists to reflect on “what our planet might look like when we engage in stewardship. What happens when we challenge ourselves to reimagine our presence on earth as hopeful and interconnected? »

“I think love always transforms, and we as humans when we’re disconnected from the environment, then naturally (we won’t be) as concerned about that,” Gibney said.

She said that this choice also refers to the principles of Ignatian spirituality.

“Ignatian spirituality is essentially about reimagining the world,” Gibney explained. “(Saint Ignatius) was someone who was very much in love with the world and the things of the world.” She detailed how her conversion allowed her to open up to compassion and connection to others. “If you’re connected to them, then your world changes,” she said.

“We need to go a step further to extend that love and compassion to everyone around us because people are hurting.” Carol Gibney

With the “Seeds of Transformation” exhibition, Gibney hopes that art will reflect on and express just one of the many issues that concern our world today.

“At this time, with the world suffering, the pandemic and the war, so that we are as loving as we are compassionate for each other, we are men and women for and with others,” she said. declared. “We need to go a step further to extend that love and compassion to everyone around us because people are hurting.”