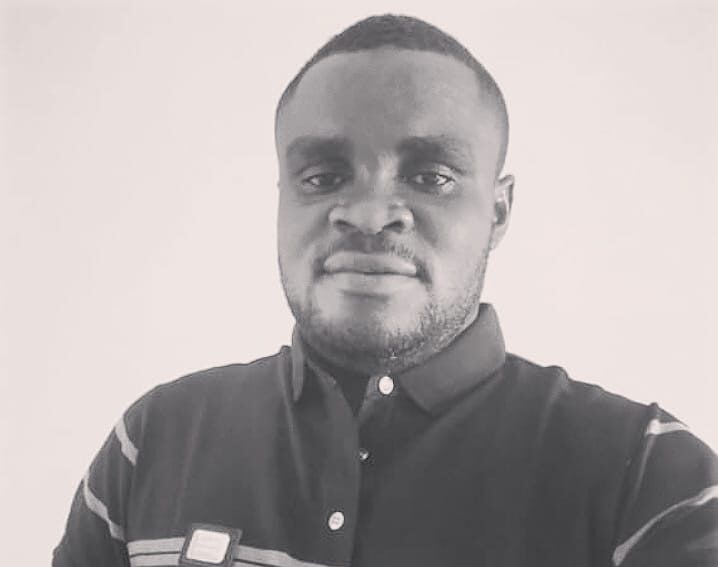 They were waiting for the state’s chief judge, Ekaette Obot, who is overseeing the court.

This was a defamation lawsuit between the Governor of Akwa Ibom State, Udom Emmanuel, who is the plaintiff, and Leo Ekpenyong, a lawyer, the defendant.

Judge Obot intervened around 10 a.m. and ordered her order to bring two police officers to court.

“Get two policemen inside the courthouse,” the judge shouted, as his orderly ran outside, apparently to fetch the policemen.

The two officers, armed with AK47 rifles, entered and sat down inside the courthouse.

“I come today angry. I will not tolerate any nonsense from anyone,” Judge Obot said aloud.

The judge sat down and asked the lawyers to call their cases. The atmosphere inside the courtroom was now tense.

Samuel Ikpo, the plaintiff’s lawyer, announced his appearance with a female lawyer, while Inibehe Effiong, the defendant’s lawyer, appeared with Augustine Asuquo.

The day was devoted to the cross-examination of the plaintiff witness, Richard Peters, priest of the African Church and media assistant to Governor Emmanuel.

Mr. Peters took the witness stand. He took an oath.

The administrator of the oath has requested that any other witnesses in the case leave the courtroom. No one came out.

There was silence in the audience hall.

Defense lawyer Mr Effiong drew the court’s attention to his pending requests for the judge to recuse himself from the case due to alleged bias or risk of bias.

The judge asked if the claims were properly filed and ripe to be heard.

She said the applications would be taken on a different date, then ordered Mr. Effiong to cross-examine the witness.

Mr Effiong pleaded for his claim to be heard, but the judge said it was his court and she was the one conducting the proceedings.

From the expression on his face, Mr. Effiong looked displeased. He did, however, crack a smile and began by asking the witness, Mr. Peters, if he knew the consequences of lying under oath.

The lawyer asked the witness if he knew what the offense would be if he lied under oath. Mr Peter said he did not remember, but as a Christian he knew it was not good to lie under oath.

Mr Peter said the law should take its course if he was found guilty, when Mr Effiong told him he could be prosecuted for perjury if they found he had lied under oath.

Midway through the proceedings, Judge Obot stared blankly at the gallery. We were essentially journalists at the gallery. Two of my colleagues (journalists) sat in the second row, while me (wearing a red T-shirt) sat with Daily Post reporter Lovina Anthony in the third row.

“That man in red! Stand up!” Judge Obot said aloud. It was a command, and I knew she was talking about me, since I was the only person in the gallery to put on a red-colored garment.

I got up immediately.

I quickly identified myself as a journalist from the PREMIUM TIMES newspaper.

“Excuse us in court,” the judge told me.

Judge Obot’s action surprised me. Why always me? I asked myself.

About a month ago, Judge Obot also ordered me out of his court in a previous proceeding on the same defamation case.

For this last incident, as I walked out of the courtroom, she ordered a policeman, “Search him well!”

The officer found my phone in my pocket and told the judge I was recording the proceedings.

“Take the phone!” she commanded the officer.

I put the phone back.

For those reading this, it is necessary to explain that I made an audio recording of the court proceedings to accurately capture what the judge, lawyers and witness said in court in order to avoid any misrepresentation in my reports.

It was not a video recording. And I was very discreet about the recording.

They took me out of the court and asked me to sit in a passage. At this point, I didn’t know what happened inside the courtroom.

I was outside when I heard that Judge Obot sent the lawyer, Me Effiong, to prison.

They confined me to a hallway for hours before taking me to the Chief Justice’s Boardroom for further confinement.

The experience was horrible – for hours I couldn’t contact my family and the editors.

At around 3pm I was told that the Chief Registrar would be given a form to complete for the Chief Justice to attach my phone and send to the National Judicial Council.

At around 4 p.m., Judge Obot’s Chief of Security took me to a nearby police station to write my statement to the police.

The IPO insisted that he write a statement on my behalf, but I rejected it. For this, he threatened to lock me in the police cell. I refused to change grounds.

I was about to write my statement when Judge Obot asked to be brought before her. When we got to Judge Obot’s office, she said I had to finish my statement to the police.

At that time, Cletus Ukpong, associate editor of PREMIUM TIMES, arrived at the courthouse and had a meeting with Judge Obot.

After completing my statement to the police, we returned to Judge Obot’s office where the audio file (my recording of the court proceedings) was deleted in the presence of the Chief Judge, as she had requested.

‘Carry money’ for a journalist

As previously stated, I recorded the court proceedings to ensure the accuracy of my reporting, especially since the plaintiff’s attorney, Mr. Ikpo, still refused to grant press interviews after the hearings.

I remember one instance where Mr. Ikpo told reporters that speaking to the press after a hearing was “unethical, dismissive” and only done by junior lawyers.

After the June 29 hearing, Mr. Effiong spoke to reporters at the courthouse, while Mr. Ikpo refused to do so despite persuasion from Mr. Peters, Governor Emmanuel’s press aide and witness in the case.

Mr. Ikpo, after much persuasion, asked reporters to meet him in his office if they really wanted him to talk to them.

Other journalists and I went to Mr. Ikpo’s office which is in Uyo town.

Mr. Ikpo again declined to comment on the matter. He instead took out some cash (in the denomination of N1000) and said it was “transportation money” for journalists. I politely rejected the money and told him it was not money we were looking for.

Ndon Asian, a reporter whom we (the reporters) met at Mr. Ikpo’s office, collected Mr. Ikpo’s money and promised to share it with us, but I immediately told Mr. Ikpo that the money that Mr. Asian collected from him was not meant for us, and therefore we would not take it.

Mr Asian got the money and walked us downstairs, where I told him that the practice of collecting ‘transport money’ from people had destroyed the journalism profession in Nigeria.

The Punch and Daily Post reporters and I rejected Mr. Asian’s money.

Support the integrity and credibility journalism of PREMIUM TIMES

Good journalism costs a lot of money. Yet only good journalism can guarantee the possibility of a good society, an accountable democracy and a transparent government.

For free and continued access to the best investigative journalism in the country, we ask that you consider providing modest support to this noble endeavour.

By contributing to PREMIUM TIMES, you help sustain relevant journalism and keep it free and accessible to everyone.