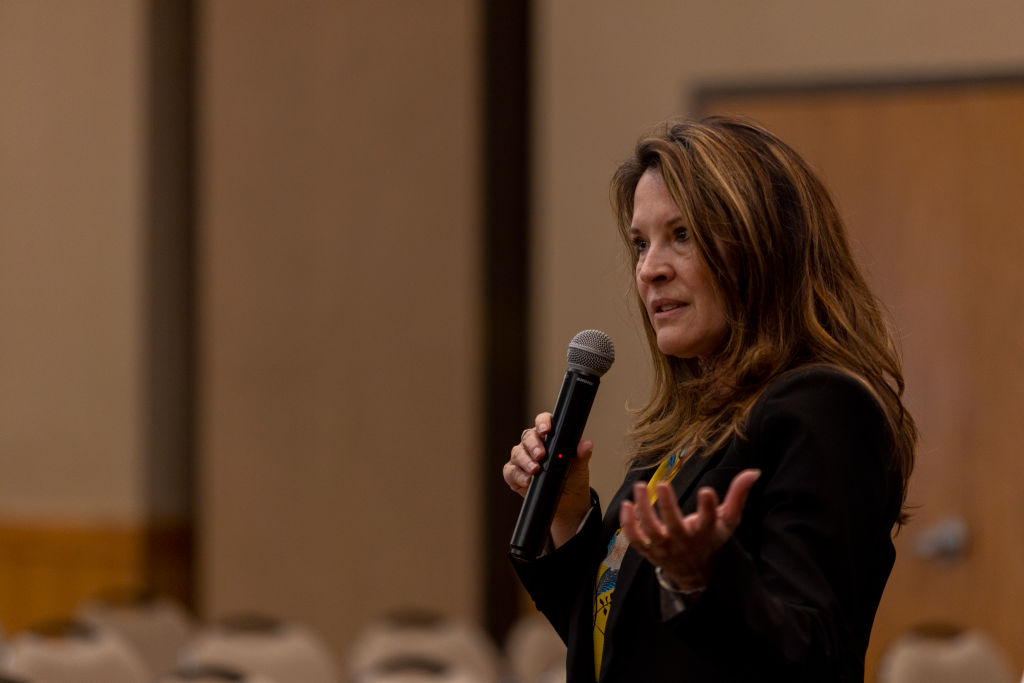 Idaho Lieutenant Governor Janice McGeachin is delaying payment as her office ends its fiscal year with less than $1 following a lawsuit.

The state’s second elected official closed the books for her office’s fiscal year – which ended a day early – with just 72 cents, The Idaho Statesman reported Friday. McGeachin also deferred part of his salary until next fiscal year, according to the newspaper. The sparse budget situation is the latest controversy for the lieutenant governor who previously made an insurgent run for the governor’s office.

Citing an email from Chief Assistant Comptroller Joshua Whitworth, the Statesman reports that McGeachin’s office should have $724.42 for June 24, the last pay date of the fiscal year. Whitworth advised McGeachin to defer $1,713.26 of his salary to avoid a deficit.

“This would close the fiscal year with approximately $0.72 remaining in the office’s appropriations budget,” Whitworth wrote, according to the newspaper. He added that the ending balance could change depending on adjustments to tax and workers’ compensation rates.

The administrator of the Idaho Division of Financial Management told the Statesman that McGeachin followed the action plan and will be in arrears on the third pay date of the new fiscal year.

McGeachin’s final paycheck for the fiscal year was $20.20, though Idaho expects to end its fiscal year with a surplus of about $1.3 billion, the Idaho Capital Sun reports.

Previously, state officials had sounded the alarm that McGeachin’s office would face a budget shortfall, according to the Sun.

However, McGeachin in April brushed off a request from state budget officials outlining how she would avoid a revenue shortfall as a “rather unnecessary formality,” reports Boise State Public Radio.

Due to shortfalls in his office, McGeachin worked without paid staff, and state officials suspended vendor payments for his office, according to the Sun.

One of the main reasons for McGeachin’s budget problems is that the Idaho Press Club won a lawsuit last year for publishing documents related to a task force his office convened to investigate indoctrination in schools in Idaho, according to the Statesman.

A judge ruled McGeachin illegally withheld records and ordered his office to pay the Idaho Press Club’s legal fees, creating a $29,000 hole in its budget, the newspaper reports.

Previously, McGeachin had drawn controversy for seeking to send National Guard troops to the US-Mexico border. She also defended her appearance at a conference organized by far-right activists considered “white supremacists”.

McGeachin also clashed with the state’s Republican Gov. Brad Little. She mounted a main challenge against Little but lost that same May with support from former President Donald Trump.