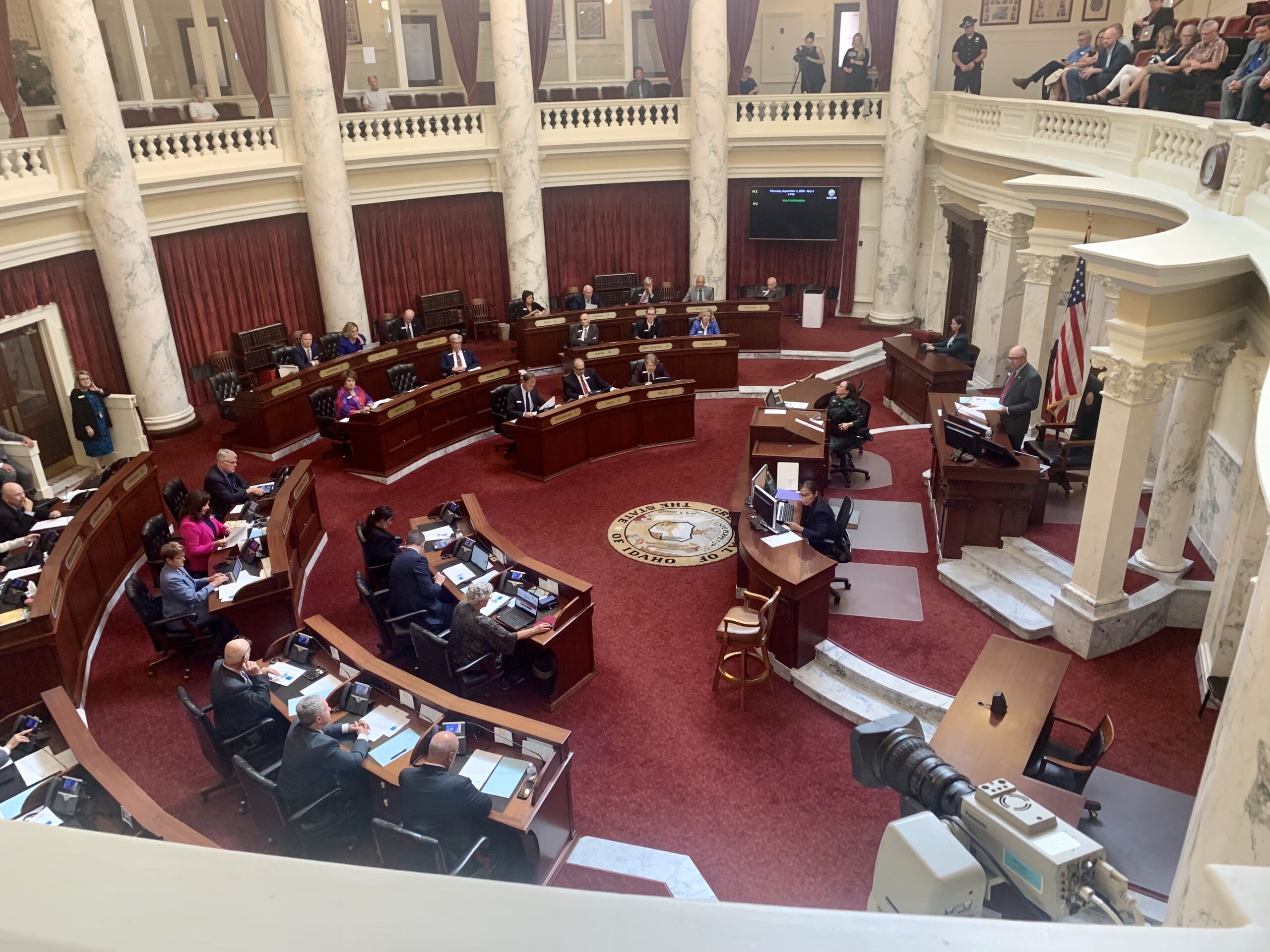 On the ballot in this year’s general election, Idaho voters will be asked whether they approve or disapprove of the action Governor Brad Little and the Idaho Legislature took on taxes and le funding for education during the September 1 special session.

The non-binding question will appear on the ballot as an Idaho advisory question. Voters will be asked if they ‘approve’ or ‘disapprove’ of Little and the Idaho Legislature using the state’s $2 billion budget surplus to pay $500 million in tax refunds. taxes, while approving ongoing income tax cuts and paying more than $410 million a year for public education and job training.

The law states that “the results (of the advisory vote) will guide the legislature as to whether the ongoing elements of this law should continue.”

The $500 million tax refunds have already been approved and are expected to reach most Idahoans who filed their taxes in time before Thanksgiving, Little has already said the Sun. But funding for education is increasing, and moves to reduce the income tax rate from 6% to 5.8% and create a flat tax rate continue.

“All of the language in House Bill 1, including the advisory question, reflects the detailed discussion and careful collaboration that took place between the governor and lawmakers in the days and weeks leading up to the September 1 special session. to ensure an effective and timely outcome for the people of Idaho,” Hardy said.

Political scientist David Adler, who is president of the Idaho Falls-based Alturas Institute and has taught constitutional law, government and politics at Idaho universities, says the advisory question includes phrases such as “Idahoans who work hard” and “record inflation” in an attempt to persuade voters to back him.

Instead, Adler said the question is designed to build support for lawmakers who approved tax cuts and education funding increases after Reclaim Idaho volunteers and organizers successfully qlabeling a previous education finance initiative for the ballot. The special session law that Little and the Idaho Legislature approved was designed to repeal the Reclaim Idaho Quality Education Act if passed, so Reclaim Idaho organizers withdrew the education finance initiative and said they would instead focus on holding Little and the Idaho Legislature accountable for meeting education funding commitments stemming from the Special Session Act.

Adler said Little and the Legislature would not have pursued such a large increase in education funding had it not been for Reclaim Idaho gathering signatures and support for the Quality Education Act.

“This is really a campaign ad asking Idaho voters to congratulate Republicans for doing what Reclaim Idaho really did,” Adler said.

Little has denied similar statements before, saying the combination of the state’s budget surplus and rising inflation rates prompted him to push for the Special Session Act in September instead of wait for the next session in January.

“Mainly because there’s very little stake in whether people vote for or against,” Mayville said. “Our time and energy are much better spent making sure the Governor and Legislature follow through in the next legislative session on their promise to invest $410 million in public schools, and there’s not much -something to be gained by arguing one way or another on the advisory question.

In his interview, Mayville also pointed to some of the language in the Idaho advisory question, saying he wished the language had been written by a neutral third party such as the Idaho Attorney General’s office.

“It is illegal to stand within 100 feet of a polling place and in any way defend a candidate or a measure,” Mayville said. “But this advisory question, no doubt, is an election campaign on the ballot itself.”

Mayville also questioned the accuracy of claiming that the Special Sessions Act would be “the biggest investment in public education in Idaho history.”

Adjusting for inflation, Mayville said an increase in public education funding approved in 1965 would have been greater. In 1965, the Idaho Legislature established the sales tax and set it at 3% to raise funds for education, according to the Idaho School Boards Association Calendar and the Idaho Legislature Joint Task Force on Sales Tax Exemption.

Are advisory votes common in Idaho?

Advisory issues are rare in Idaho.

An Idaho Capital Sun analysis of election results from 1994 through 2022 available on the Secretary of State’s Office website found that advisory questions have appeared on ballots twice in the past 28 years. The most recent example came in 2006, when voters in Idaho were asked whether they approved or disapproved of a then-government tax change. Jim Risch and the Idaho Legislature approved. This change eliminated the maintenance and operation property tax and added one-sixth cent to the Idaho sales tax. In the advisory vote that year, 72% of Idahoans voted to affirm the Legislature’s action on taxes. The other example of an advisory vote came in 1998, when voters were asked if Idaho’s term limit law should remain in place. On the ballots, 53% of Idahoans voted yes, but the Idaho legislature repealed term limit laws anyway in 2002.

Get morning headlines delivered to your inbox

We cannot leave our energy needs in the hands of politicians