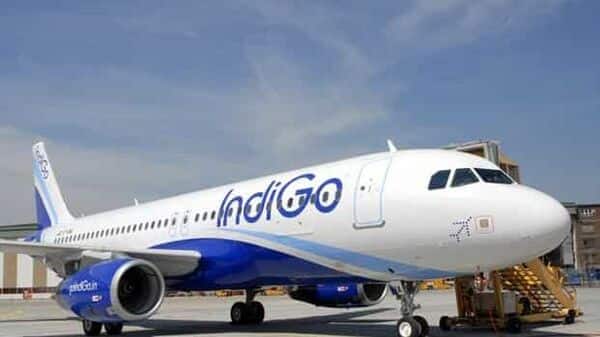 InterGlobe Aviation shareholders at the 19th annual general meeting held on Saturday gave their approval to appoint three directors. They also gave the green light for the renewal of Anil Parashar as director. The airline informed of these nominations in its latest exchange filing with Indian stock exchanges.

Informing the Indian stock exchanges of the nominations, InterGlobe Aviation said: “In accordance with Regulation 30 read together with Appendix III of the SEBI LODR Regulation, we hereby inform you that the members of the company at the 19th Annual General Meeting held today today, i.e. August 26, 2022, have adopted the following resolution by the required majority – I. Appointment of Mr. Vikram Singh Mehta (DIN: 00041197) as an independent director of the company by a resolution II. Appointment of Air Chief Marshall (Retd.) Birender Singh Dhanoa (DIN: 08851613) as Independent Director of the Company by Special Resolution III. Appointment of Mr. Meleveetil Damodaran (DIN: 02106990) as a non-executive, non-independent director of the Company by special resolution. your information and file.”

We give here a brief profile of the new appointees:

Vikram Singh Mehta: Vikram Singh Mehta is currently President and Distinguished Fellow of CSEP (Centre for Social and Economic Progress). He served as Executive Chairman of the Brookings Institution India Center and Senior Fellow at the Brookings Institution from 2012-2020. Previously, he served as Chairman of the Shell Group of Companies in India (1994-2012); Managing Director of Shell Markets and Shell Chemicals, Egypt (1992-1993); and Adviser, Public Enterprise Strategic Planning. Oil India Limited (1984 -1988). He started his career by joining the Indian Administrative Service in 1978 and resigned from the Service in 1980.

Mehta received Asia House’s “Businessperson of the Year” award for 2010. He also received the Asian Center for Corporate Governance and Sustainability award for “Best Independent Director” in India for 2016 .

Air Chief Marshal (Ret.) BS Dhanoa: BS Dhanoa (retired) is an alumnus of St. George’s College, Mussoorie. He then moved to Rashtriya Indian Military College, Dehradun and then joined the National Defense Academy (NDA) in June 1974. He graduated from Jawaharlal Nehru University in 1977. After his pilot training, he been named in the Indian’s Fighter Stream. Air Force (IAF) in June 1978. In 1985 he completed the Multipurpose Flight Instructor Course (APFIC) then attained the highest category ‘A’ Flight Instructor in 1987. He completed an M in Defense Studies from Madras University and attended a course from the Defense Services Staff College in 1990-1991.

Dhanoa had an illustrious career with the IAF and served in various ranks. He served as Air Officer Commander-in-Chief of Southwest Air Command before taking over as Vice Chief of Air Staff (VCAS) in May 2015. He was the 25th Chief of the IAF from January 1, 2017, to September 30, 2019, and led the IAF when it executed airstrikes over a terrorist camp in Balakot, Pakistan in February 2019. He is currently independent director on the board of Hero MotoCorp limited since October 2020.

Meleveetil Damodaran served as Chairman of the Securities and Exchange Board of India (SEBI) from February 2005 to February 2008. He led the highly successful and transformational restructuring efforts of Unit Trust of India (UTI) and the Industrial Development Bank of India (IDBI). During his tenure at SEBI, he was elected Chairman of the Emerging Markets Committee (EMC) of the International Organization of Securities Commissions (IOSCO). He has chaired high-level committees of the Indian government, the Reserve Bank of India (RBI) and some chambers of commerce. He has won several awards for governance, leadership and transformation.

InterGlobe Aviation or IndiGo stock price ended at ₹Friday, 1,978.70 levels each on NSE.

Catch all the company news and updates on Live Mint. Download the Mint News app to get daily market updates and live trade news.