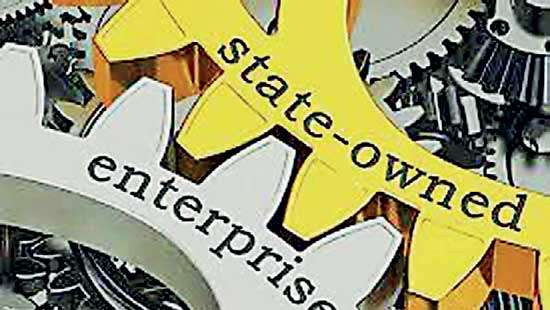 Is the Temasek model from Sri Lanka the solution? – Opinion

It is clear to all of us that Sri Lanka is in a state of crisis. You just need to see the queue at your local gas station for proof. The main reasons for the crisis are, however, a more contentious debate.

Many can blame the billions of rupees spent on vain projects or the corruption of successive regimes. It is true that these have played a role, but one of the real hidden killers of our economy is the bloated public sector and the excessive government spending to support it. A key part of this is our huge, loss-making public enterprises.

The 52 “strategic” state enterprises alone suffered a cumulative loss of 1.2 trillion rupees (2006-2020), enough to pay for 24 airports in Mattala. The reform of public enterprises should therefore be a top priority for the new administration.

Among the multitude of problems facing SOEs, four stand out in particular: the size of the workforce and limited incentives to perform, poor management and corruption, weak budgets and the lack of responsibility. Any proposed reform should aim to address these issues and reduce the drain on government resources while improving service delivery to the public.

What is Temasek?
Temasek Holdings Limited is a sovereign wealth fund (SWF) that acts as an independent holding company for public enterprises and government-linked companies (GLCs). It was originally founded as a holding company for state-trading enterprises, but has since grown (largely after a change in mandate in 2002) to become a strategic investment fund with exposure international.

Temasek has grown steadily since its inception and is now worth over US$279 billion, with a compound growth rate of 13% over 40 years. The Temasek model refers to that of the “investment company model” of sovereign wealth funds, in which the government creates an investment company to manage the assets and does not provide regular investment advice to an asset manager. (the “Manager Model”).

After gaining independence in 1965, the Singapore government aimed to boost the development of the city-state by acquiring minority stakes in foreign investment projects and domestic start-ups. This has both reduced risk for investors and created much-needed capital injections. However, in the 1970s, the government realized that there was a conflict of interest when the state acted as both actor and regulator, which could discourage start-ups and competition.

Accordingly, Temasek was established in 1974 to ensure neutrality and competitive market forces. Temasek received an initial cash injection and ownership or minority stake in 35 GLCs (of which it now retains a stake in 12).

However, that was all the help he would get; unlike Sri Lanka, there was no preferential access to credit from state banks or state/treasury guaranteed loans. The Singapore government does not interfere with Temasek’s board or operations and upholds the principles of non-intervention and non-preference.

Both the government and Temasek have made clear their preference for GLCs to be publicly listed to promote the good standards of governance required in listed companies. As a result, Temasek GLCs hold 37% of the stock market value of the Singapore Stock Exchange. There is also a no-preference policy towards GLCs. As a result, Singapore GLCs remain highly profitable, have a better return on equity ratio and better return on assets ratio, and have valuations that, on average, are higher than non-GLCs.

The benefit to the Singaporean people of retaining Temasek can be seen in the contribution to Singapore’s Net Investment Return (NIRC). Fifty percent of investment returns and 50 percent of investment income from past returns of sovereign wealth funds and the central bank of Singapore are added to the NIRC, which is used for government spending (and amounts to about one-fifth of the annual budget). This allows the government to diversify its revenues and reduce its reliance on tax revenue.

How would Temasek work for us?
For Sri Lanka to follow the Temasek model, a holding company must be established with a capable board and management and receive sufficient cash injection at the time of establishment. The government must make it very clear to all stakeholders that it intends to fully respect the principles of non-interference and non-preference.

It must be clear to the holding company that it must be entirely self-financing. Funding in the early stages of development will likely come from divestment proceeds, as various public companies are either incorporated (with non-performing assets auctioned off) or the company itself sold, depending on what the board of directors decides. administration deems appropriate.

In the interest of stemming losses and ensuring a smooth transition for all SOEs in the near future, the government can immediately initiate corporatization reforms, especially for the five largest loss-making SOEs.

Although Temasek’s board and Singapore’s political elite are intertwined, it would be unwise to pursue this strategy in Sri Lanka, given the environment of corruption and political patronage. The board should remain as independent as possible and should not be answerable to a single authority figure like the president, but rather to parliament.

In the medium to long term, the Sri Lankan holding company should continue its policy of listing on the Colombo Stock Exchange. The performance of the company’s stock market valuation can be used as one of the key performance indicators to determine executive compensation. This has the dual benefits of holding SOEs accountable to shareholders and developing Sri Lanka’s capital markets.

Setting up a Temasek-esque holding company in Sri Lanka has the advantage of ensuring efficiency and reducing losses in taxpayer-funded state-owned enterprises. This will lead to strong and healthy competition in the relevant sectors and prevent the misuse of state-owned enterprises and conflicts of interest on the part of the state.

In addition, following their corporatization and good fiscal management, SOEs will soon begin to generate revenue for the state – half of which can be kept in reserves in case of emergency and whose other half can be used by the state in its annual budget – thereby reducing the budget deficit.

Obstacles and alternatives
The main obstacle to the implementation of this model is the current structure of the political economy of Sri Lanka. Various stakeholders have a strong interest in ensuring that the current system continues unabated with minimal possible reforms implemented.

Line ministers and the management of our state-owned enterprises, for example, will see their powers removed or jobs completely lost. Many employees are also at risk of losing their jobs in the corporatization reforms that the model will entail (10% of the entire civil service are employed in the 52 strategic state enterprises alone).

The unions have also historically been a powerful opponent of these large-scale reforms and, even during the current crisis, have tried to consolidate their power (although with little success). Therefore, this may be the optimal time for reform, as the gravity of the current situation has opened the eyes of many Sri Lankans to the need for reform.

However, the Temasek reforms may be deemed untenable – largely due to the government’s questionable ability to maintain key aspects of non-interference and non-preference. There is always an alternative: encouraging competition and efficiency through privatization.

Arguably, the only way to ensure effective and fair competition is for the state to play as small a role as possible in the market; it cannot own some of the competitors because it has the power to tilt the playing field. Even if this does not happen overtly (e.g. regulations, licenses, strengthened state monopolies), it could happen indirectly, for example through preferential access to credit through state banks and by reducing the tax burden. Although the Singaporean state has been quite effective in divesting itself of its Temasek-owned GLCs, this is also unlikely to happen in the context of Sri Lanka’s political economy.

Final remarks
In Sri Lanka, given the local political culture, where it is normal for ministers and other stakeholders to play an active role in the management of state-owned enterprises, it is unlikely that the state can guarantee a healthy and efficient market while by possessing one of the actors. Even in relatively unregulated industries, the state can tip the scales in favor of its own actor through policies, including preferential access to credit through state banks.

In addition, given the severity of the economic crisis in Sri Lanka, the sunk cost error must be taken into account; it may be better for the state to cut its losses and get rid of badly loss-making charges on the state coffers – especially for “non-essential” state enterprises such as SriLankan Airlines, plantation companies, building, etc

Privatization is therefore probably the best solution for most state-owned companies in Sri Lanka. When and if this happens, it must be structured in such a way as to prevent the creation of a private monopoly to replace a public monopoly and contribute to the long-term development of the nation.

For example, in the case of SriLankan Airlines, an ideal privatization would be structured to involve a minority stake by a local conglomerate, a large stake by an international aviation player and the rest of the shares dispersed in the market; this would ideally lead to a transfer of skills and the growth of national potential while maintaining a competitive structure.

Public ownership of a company through the Temasek model is probably best reserved for natural monopolies (such as CEB’s transmission grid) and entities that cannot be privatized in the short term and where the state will need to retain control for a while.

For more information on the issues facing state-owned companies in Sri Lanka and a more in-depth look at how a Temasek-type holding company could be set up domestically, please read Advocata’s report “L ‘state of state-owned enterprises 2022’, which is to be released in August.