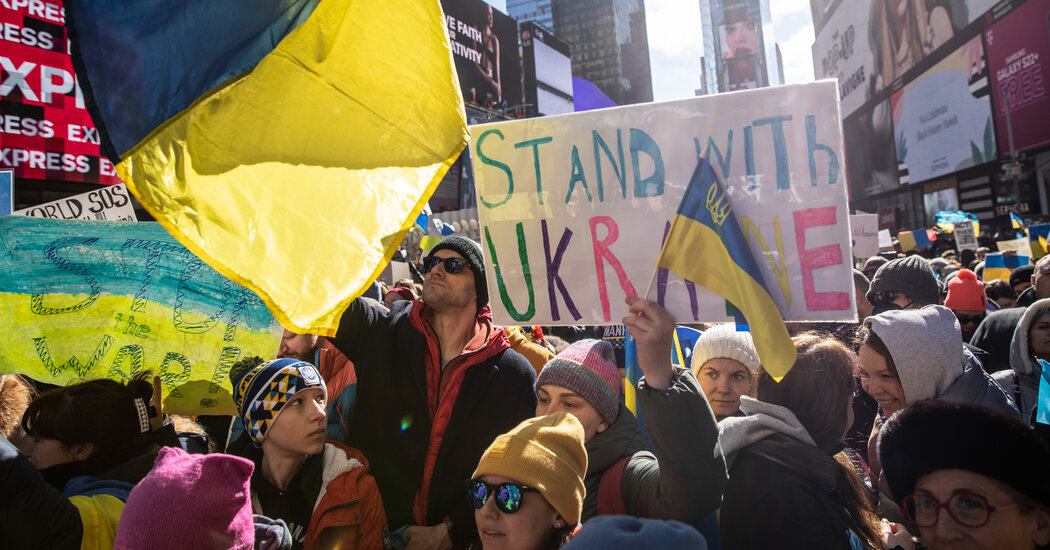 The donations have taken many forms: money sent through online platforms, prayers offered at synagogues and on WhatsApp groups, and boxes of clothing and medical supplies delivered to community centers and even police stations across New York.

There were about 350,000 Jews in Ukraine before the war began, according to data collected by Chabad, one of the largest Jewish organizations in the world. His spokesman, Rabbi Motti Seligson, said Chabad had spent $12 million on aid to Ukraine since the start of the war, almost entirely thanks to funds raised last week.

The money was used to provide aid through Chabad’s vast network of synagogues, yeshivas and community centers, he said. “Much of this effort is coordinated from New York, funds are raised here and people around the world contribute,” he said.

Major Jewish organizations, including the World Union for Progressive Judaism, Agudath Israel of America and the Orthodox Union, have raised around $3 million in the week since the war began. Other appeals broadcast through online platforms like the Chesed Fund, a Jewish website, have attracted millions more.

These groups formed a pipeline of aid from the New York area to a network of local Jewish organizations in Poland, Moldova, Ukraine and elsewhere. The money was used to pay for things like food, clothes, diapers, medical supplies and buses to transport people fleeing the country, Jewish leaders said.

Rabbi Becker said “thousands and thousands” of people have donated to Agudath Israel of America’s fundraising campaign at its 200 affiliated synagogues across the country, 80% of which are in the New York area, he said.

The Union for Reform Judaism, an umbrella group of Reform congregations, directed donors to the World Union for Progressive Judaism, which said Friday it has raised $600,000 since the war began.