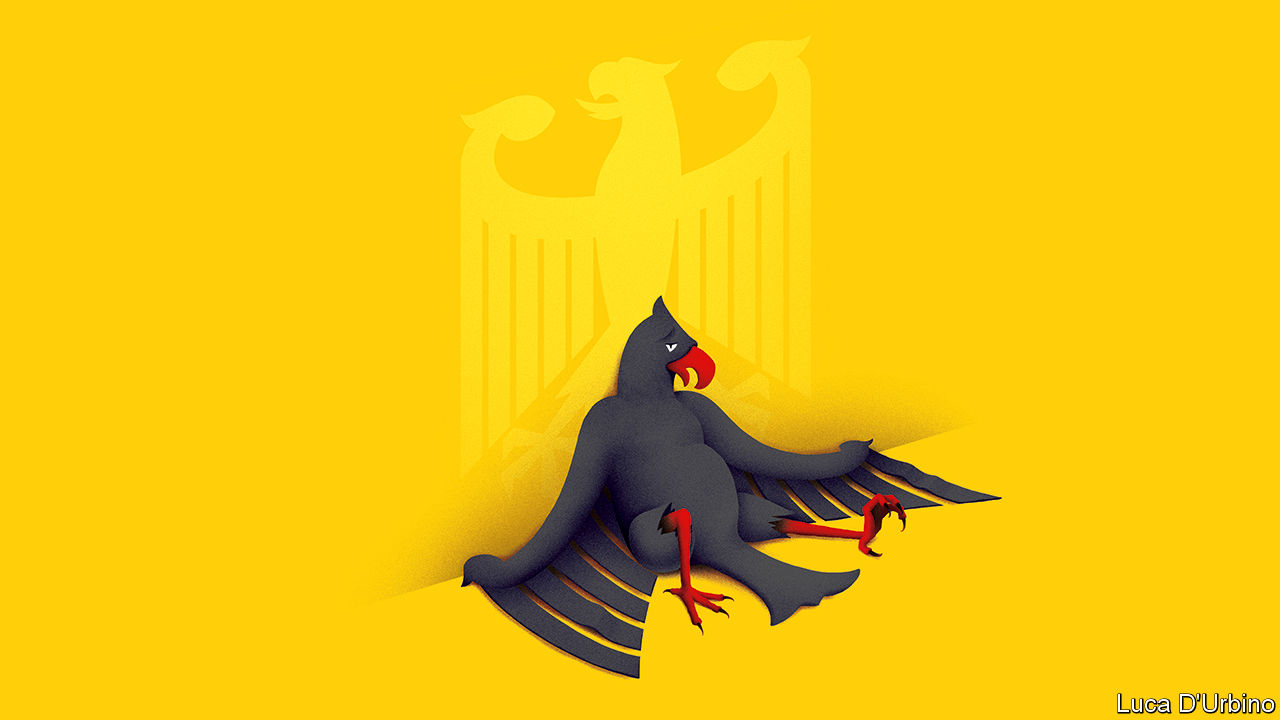 Letters to the Editor | The Economist

Letters are welcome by e-mail at [email protected]

I found myself agreeing with your assessment of the many problems facing Angela Merkel’s successor as Chancellor of Germany (“The mess Merkel leaves behind”, September 25). Having said that, I am rather puzzled by the fact that it took you four legislatures to recognize that many, if not most, of these problems were created by Mrs Merkel. The indisputable success of clinging to power for 16 years cannot mask the fact that successive governments under his leadership have failed to address all of the major challenges that Germany will face in the decades to come.

Merkel benefited from the success of the unpopular economic reforms implemented by her predecessor, but Germany’s economic competitiveness has steadily declined. Businesses and individuals pay some of the highest tax rates in the OECD. Investment in technology and the green economy is sorely lacking and suffocated by bureaucracy. The ideological implementation of a centrally planned ruinous energy policy has pushed electricity prices up to the highest levels in the European Union, but carbon dioxide emissions per person in Germany remain high. The sustainability of the welfare state has become increasingly questionable as the reality of demographic change has been willfully ignored.

Moreover, his stifling of traditional conservative voices in a theoretically still conservative party allowed the AFD, an anti-democratic and right-wing populist party, to emerge to the right of the Christian Democrats, threatening the stability of German society.

While Ms Merkel deserves credit for her ability to deal with the many crises that emerged during her tenure, I must say that I, along with many other Germans, would rather have preferred a short succession of heads of government. duration but more turned towards the future.

In your article on the German elections (“Hunting in the middle of Merkel”, 25 September) your correspondent wrote: “… a smiling passer-by exclaims”Toll, toll, toll“(Awesome, awesome, awesome!)”.

It doesn’t sound like something a German would say. I suspect your caller misheard. The passer-by most likely said “You you you !Meaning “Good luck!”

I was surprised to read that the dialect closest to modern Standard Arabic “is spoken by Palestinians” (“No bedtime book,” September 18). It’s a bit of a trope in Arabic linguistics that every Arab thinks their dialect is closest to MSA. And, in a way, they’re okay. Tunisians can point out that they retain almost all of the standard Arabic consonants, although their love of consonant clusters makes their speech very different. Some Desert Bedouins can boast of maintaining grammatical distinctions that have long since disappeared from other spoken varieties. The Egyptians note that the non-standard G for J in their dialect is actually the oldest form. From a linguistic point of view, there is no established method for determining the “proximity” of linguistic varieties. People try, but the answer you get depends a lot on the characteristics you compare and how you weigh them.

You were right on another point, however: even the “closest” dialect is still quite distant from Standard Arabic. The MSA is based on Classical Arabic, which ceased to be a spoken language at least 1,000 years ago, and all of the vernaculars are closer to each other than they are to the MSA. As you can see, this may play a role in the fact that Arabs don’t read a lot for fun. You might also consider that some of the best-selling novels in the Arab world in recent years were heretical novels written in the vernacular.

Your critic of the teaching of the Arabic language in Arab countries noted that “regimes fear the freedom of expression that a more liberal approach might inspire” and that their censors “ban books as firmly as ever”. The fate of our recently published “The Political Economy of Education in the Arab World” reaffirms your point of view. This edited collection identifies government repression as the main obstacle to improving education in Arab countries and suggests various liberalization reforms. We had it translated into Arabic in the hope of reaching a wider Arabic audience. Sadly, fearing retaliation from Arab regimes, potential editors have asked us to tone down the criticism. We refused and they refused to publish it, thus inadvertently doing our cause.

I read your decentralized finance briefing, so let me know if I understood correctly (“Adventures in DeFi-land,” September 18). It seems that bettors are supposed to buy chips (streams of numbers) with no intrinsic value and the value of which can vary by a factor of ten or more in either direction for no obvious reason. Some tokens require large amounts of energy to generate and the tokens are stored in ethereal “wallets” that live on Cloud Nine, from where they can be (and have been) stolen with the click of a hacker’s mouse. computer science.

The token market is unregulated and no substantial organization supports them. However, cryptocurrency tokens are popular with gamers and criminals alike as they allow anonymous transfer of ransoms from schools, hospitals, and businesses after their data has been encrypted or stolen. You also mentioned maybe cheaper payment mechanisms, but I prefer to stay with my dear Swiss bank.

Cracking properly encrypted data with today’s supercomputers, which would now take millions of years, may well be possible in no time with a quantum computer. I’m very drawn to the efficiencies DeFi promises, but I fear the whole edifice will be terribly exposed as quantum computing becomes reality. Is anyone addressing this threat before it’s too late?

Canada just had “A Useless Election” (September 25), which makes me long for the old Rhinoceros Party. He consistently offered mouthwatering election promises that spiced up the speech. These included: providing higher education by building larger schools; make English, French and illiteracy the three official languages ​​of Canada; end crime by abolishing all laws; and adopting the UK left-hand drive system, but phasing it in with only buses running on the left to begin with. In the 1970s, the Rhinos proposed a bribery and incompetence package, and claimed that the then ruling Liberal Party had stolen their party’s platform. what goes around comes around.

the voice of reason

The religious opposition to vaccinations (“Bodies and Temples,” September 18) reminds me of a joke told by our pastor during a sermon. There was extreme flooding and the authorities decided to evacuate the area. Despite many measures, including finally a helicopter, a man refused any offer of help, saying that God would save him. Eventually he died and at the pearly gates said he was sure God would have helped him. A voice said, “I sent you someone to tell you to evacuate, a boat and a helicopter.” What more did you want? “

This article appeared in the Letters section of the print edition under the title “On Angela Merkel, Modern Arabic, Decentralized Finance, Canada, Vaccines”