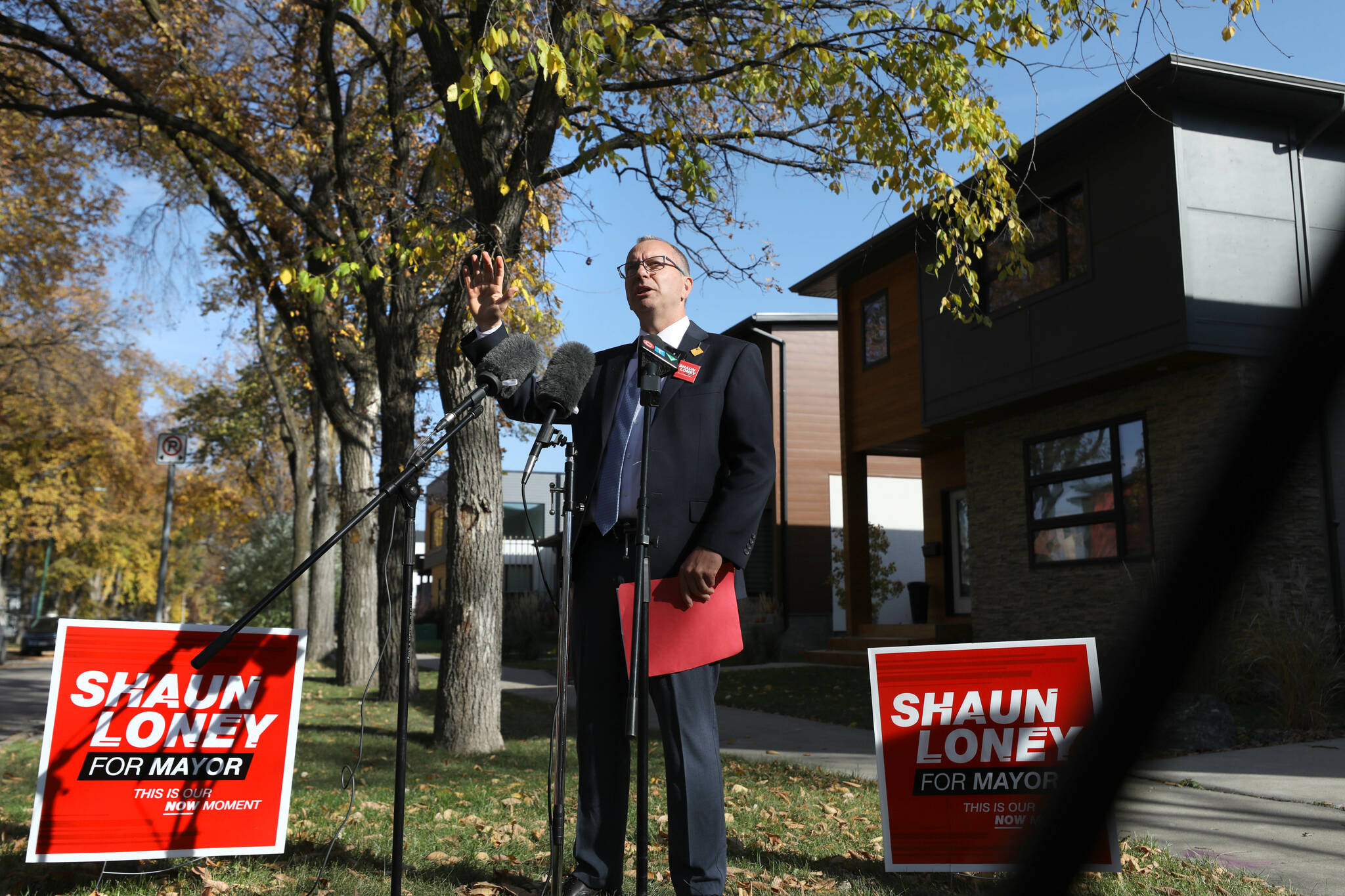 On Friday, mayoral candidate Shaun Loney outlined his plans for his first 100 days in office.

“It was about letting Winnipeggers know that I’m ready to lead on the issues that matter most to them, especially public safety, homelessness and creating green jobs,” Loney said during the talk. a telephone interview after his press conference at City Hall, where he was surrounded by supporters.

Chief among his plans would be a meeting with Indigenous elder Mae Louise Campbell the day after voters go to the polls on Oct. 26, Loney said.

As mayor, he would offer tobacco and try to incorporate his wisdom into his administration’s ethos, he said.

According to the poll released Thursday, 28% of decided voters would vote for Glen Murray, 19% would support Gillingham, 14% would choose Kevin Klein and 13% would vote for Loney.

Voters in Winnipeg will choose from 11 mayoral candidates in the municipal elections.

Murray wants a slice of PST

Murray is seeking to change the way the province provides funding to the City of Winnipeg, asking the Progressive Conservative government to increase the current funding model of annual operating grants.

In a Free press interview published Friday, Murray said he would ask the province to give the city a percentage point of the seven percent provincial sales tax instead.

Klein took aim at Gillingham for his tax promises and budget practices while chairman of the city council’s finance committee for the past six years, and Murray’s financial management during his tenure as mayor of Winnipeg (1998-2004) .

Klein, the outgoing councilor for Charleswood-Tuxedo-Westwood, instead promised to implement a zero-based budgeting process at city hall, which would require all expenditures to be accounted for each new budget period.

He also pointed to a past promise to appoint all city councilors to the budget working group.

Gillingham then hit back at Klein, accusing Klein of misleading the public about Gillingham’s positions and the city’s financial situation.

“Mr. Klein doesn’t even understand the basics of municipal finance, and he’s clearly not ready to lead the city,” Gillingham said in a statement.

Jenny Motkaluk also criticized Gillingham, calling him “a tax and spending conservative” for his proposed fiscal policies and for his work as chair of the finance council. (Gillingham has proposed a 3.5% increase in property tax next year and a one-time increase in frontage taxes.)

“As mayor, I will create a culture at City Hall that will ensure we prioritize infrastructure that helps bring jobs and investment to our city without raising your taxes or fueling inflation,” he said. Motkaluk said in a statement.

She challenged the two politicians to say whether they are inflation breakers or tax and spending conservatives.

Woodstock has plans for the police budget

Don Woodstock has promised to put back into the police budget the money the city is asking the Winnipeg Police Service for rent for its downtown headquarters, gas, equipment purchases and other expenses.

The city also needs help from the provincial government to address addictions and mental health, he said.

“Tying police manpower to functions the provincial government should perform is the number one reason Winnipeggers don’t get a response from the police when called,” Woodstock said in a news release.

Erik Pindera reports for the city bureau, with a particular focus on crime and justice.

The new Sonos speaker is launched! This simple trick offers a rare discount