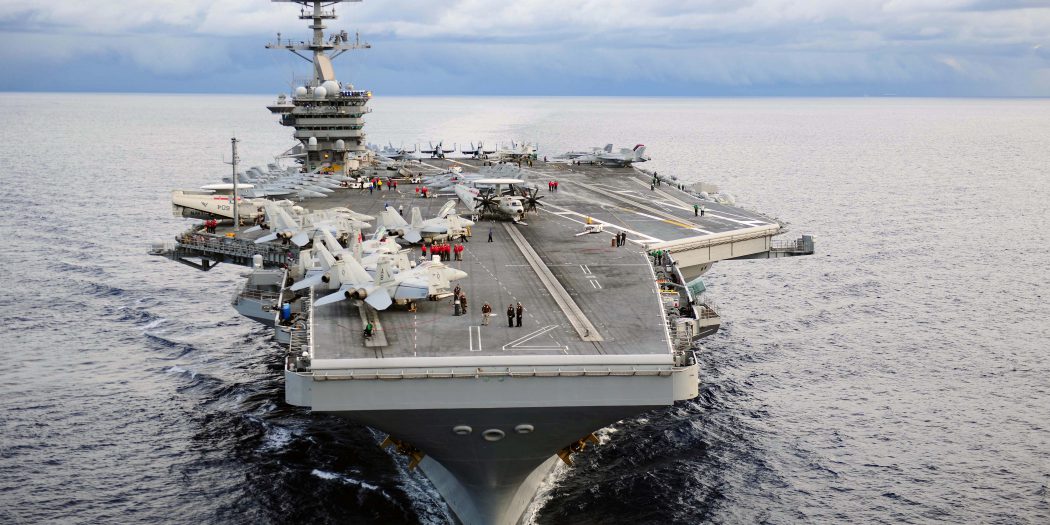 Navy thinks it has specific answers to ‘fix our computers’ complaint

The DoD Reporter’s Notebook is a weekly digest of personnel, acquisition, technology, and management stories that may have fallen under your radar over the past week, but are important nonetheless. It is compiled and published each Monday by Federal News Network DoD reporters. Jared Serbu and Scott Maucione.

Many of our readers will have seen the “fix our computers” open letter which has gone viral on Twitter and LinkedIn a few weeks ago, finally causing a official DoD response. We’ve made a conscious decision not to pile into this space just yet, primarily because complaints about poor user experiences on government-provided machines are (unfortunately) common enough not to be particularly newsworthy. .

The reasons behind the “fixing our computers” problem are quite complex, but I thought one of the most salient points from the author of the article, Michael Kanaan, the operations director of this Air Force/MIT accelerator AI, was the part that indicated the security bit endpoint. If two or five different malware scanners are constantly running – often fighting each other – your desktop or laptop is spending more hardware resources scanning for threats than doing its actual job. Opening this Excel sheet will take some time.

Turns out the Navy has reported the same issue and at least has the beginning of a plan to fix it, mostly relying on Windows 10’s built-in security features. Those security features, you remember? perhaps, were the main reason the DoD told everyone to upgrade to Windows 10 in the first place.

“Our goal is to simplify the whole approach,” Barry Tanner, acting executive director of the Navy Program Office for Digital and Enterprise Services, told Navy IT professionals during from a conference in San Diego last week. “We have successfully demonstrated the ability of the operating system’s built-in features to perform the endpoint and response functions we need, and we have the policy exceptions we need from the CIO of the DoD to deploy it widely across the enterprise.”

And the Navy’s Fleet Cyber ​​Command is ordering the rest of the Navy to take the same approach and “disable” some of the third-party security software that was slowing down personal computers.

“We did a demo for the DoD CIO office on what this does from an operational perspective last week, and we’re very happy to see where this is going,” Tanner said. “That still doesn’t help us on [secret networks]but we are working with Microsoft to give us this capability on our SIPRNet endpoints as well.

Meanwhile, the Navy is trying to better provide modern computing devices to its users. The latest iteration of its Next-Generation Enterprise Network (NGEN-R) contract asks the vendor, HP, to provide these devices as a service — renting them rather than buying them, is how Tanner puts it.

The phase-in of this model has been slower than the Navy had hoped: it originally awarded the end-user hardware contract in October 2019 – but Tanner said the service still believes it can use the contract to move to a cycle in which individual computers are replaced. once every three years, instead of the previous five-year average.

And then there’s the question of what role endpoint security will play in the zero-trust architecture the DoD is moving towards. The Navy is also leaning heavily toward a virtualized computing model that allows sailors to log on from anywhere, not just from government-issued devices.

The Naval Reserve, given its geographically distributed workforce, has been a proponent of this model for years and has had a good degree of success over the past year. A 250-sailor virtual desktop pilot in which users could connect to Navy networks from personal devices has had “extremely positive” results, Vice Admiral John Mustin said last month.

The wider Navy is also interested in a device-agnostic approach under at least one “bring your own device authorized” model, Tanner said.

“We’re still moving toward a solution where we can provide protection for Navy data on personal devices,” he said. “It’s a harder problem to solve to make sure we have the right level of control and defense without owning the whole device. We have a solution, and we’re working with Microsoft to get it right, but that’s another access option we want to provide so they can use a personal device to get things done without a [government] desktop implementation. —JS

The Air Force is phasing out one of its career fields, but that doesn’t mean the body of knowledge will disappear, in fact, it will expand.

The service announced Feb. 17 that Multi-Area Warfare Officers would no longer exist, with the occupation held by only 136 Airmen. However, the Air Force said the reasoning behind the phase-out was that it wanted all of its Airmen to have some kind of cross-domain expertise.

“We want to use the depth of knowledge and experience that our multi-area warfare officers bring to the fight and, where possible, we need their help in training and educating Airmen to fight and win against a peer-to-peer threat in all walks of life,” said Major General Albert Miller, Deputy Chief of Staff for Operations.

The military services have emphasized multi-domain combat while the Department of Defense has focused on closer peer competition.

The DoD envisions future wars to be multi-domain in terms of bringing together joint operations like air and land power or using space and cyber to aid the military in the field.

One of the DoD’s most anticipated programs is Joint All Domain Command and Control (JADC2), which will merge domains and joint forces so they can work more seamlessly using data.

The Air Force is specifically in charge of the Advanced Battle Management System (ABMS) aspect of JADC2. This program will allow services to share information more quickly to enable technologies such as artificial intelligence.

Just as the Space Force expects its Custodians to have basic knowledge of coding and programming, with the disbandment of the Multi-Domain Warfare Officer, the Air Force will train its Airmen to operate in an environment that mixes air, land , sea, space and cyber.

“We must be prepared for future conflicts with our joint and combined partners, and the knowledge that multi-area warfare officers bring to combat is too essential to be confined to a single career area,” said the Air Force Chief of Staff, General CQ Brown. . “To continue to outperform close-to-peer adversaries, we must build the multi-domain expertise of all members of the Air Force.”

The occupation itself has only been around since 2018. The service created the position as a way to “develop dedicated operational-level command and control experts tasked with integrating joint and coalition capabilities across multiple areas of fight”.

Training for these Airmen included a 20-week course with 840 hours of joint academics and 310 hours of training exercises.

The Air Force said that beginning in late March, it would begin reassigning the 136 multi-area officers to new occupations. —SM

The largest federal union is pushing for lawmakers to address Department of Defense hiring freezes and caps, some of which date back decades.

The American Federation of Government Employees (AFGE) is request Congress to repeal what it calls arbitrary staffing caps at DoD headquarters. He also asks Congress to encourage the Pentagon to start filling medical positions.

All suggestions are for the Defense Authorization Bill 2023.

In the past, Congress has reduced or imposed limits on Pentagon headquarters staff in an effort to curb bureaucratic bloat and save money. In 2016, the DoD said it would try to save $1.9 billion through a 25% reduction in personnel.

These cuts have come under intense scrutiny from the start, with many lawmakers opposed to the cuts saying simply cutting posts was an obtuse solution to the bloat problem.

“A few years after the cuts, we had huge crises and challenges in the military housing program,” Kaine told Federal News Network last year. “It turns out that one of the reasons for this is the arbitrary reduction of headquarters staff. private accommodation.

AFGE says the cuts don’t save money either. The letter points to two instances where the DoD ended up spending more money on contractors instead of hiring employees.

“As the missions grew, only 22% of the DoD Office of Intelligence and Security were civilian employees, with the remainder made up of 78% non-permanent personnel – made up of contractors, assignees to joint, military/reservist and liaison officer or detachment duties resulting in loss of accountability,” the letter said, referencing a Government Accountability Office report on the matter.

In a more recent contentious issue, AFGE wants the DoD to resume civilian medical hires. The Pentagon has joked about the possibility of officials cutting thousands of positions in the military health care system.

The DoD’s plan is to shift more care to the private sector, but recent NDAAs have slowed the strategy in hopes of getting more information about the effects.

In the meantime, the DoD has not filled the jobs as they become vacant. This turned into a de facto downsizing.

AFGE calls on lawmakers to encourage DoD to fill these positions, at least until DoD and Congress have proposed an appropriate course of action. —SM

Deluge of Japanese liquidity ready to buy Treasuries after the Fed