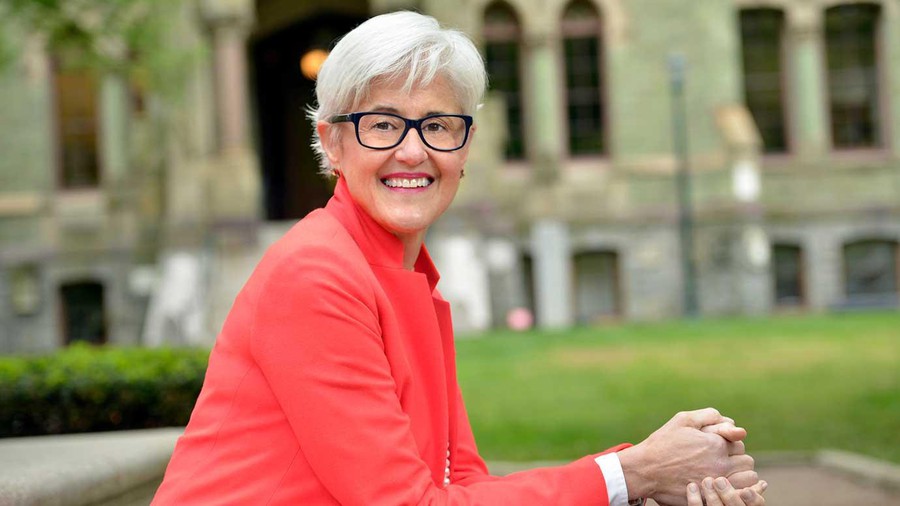 President Paul Alivisatos has appointed MaryFrances McCourt as the University’s Chief Financial Officer (CFO) in a letter at the faculty on February 17. McCourt is currently treasurer and vice president of finance at the University of Pennsylvania. His term at the University will begin on April 18.

As the university’s chief financial officer, McCourt will be responsible for business, financial and administrative strategies in support of academic, research and patient care missions, according to the letter. She will also oversee the offices of financial services, human resources, information technology services, risk management and internal audit.

McCourt will succeed current interim chief financial officer Brett Padgett, who has served in the role since July 2021. Padgett will join McCourt’s leadership team as associate vice president for finance.

“The University of Chicago is quite similar to Penn in that there are only a handful of higher education institutions that I would say have a top academic reputation, significant revenue from research and exposure to patient care,” McCourt said in an interview with Brown. “The interesting overlay with institutions like Chicago and Penn is the urban environment. I’ve done a lot of work here at Penn on racial justice, equity, inclusion, and belonging, so I hope to bring that work [to UChicago].”

McCourt also looks forward to working alongside members of the South Side community and strengthening existing ties with local partners. In January, the University announced the launch of a multi-year fund to foster relationships with various community organizations to tackle the “root causes of violence” after several shootings in Hyde Park over the past year.

McCourt said her experience in Philadelphia inspired her to support community initiatives.

“[There is] a lot of work to be done in and around our communities, whether it’s ‘skills building’ initiatives, helping the school system, or health care,” she said. “Overall, that’s the fabric of what we do. [UChicago] is a big part of the community and we take that responsibility seriously.

Before starting at Penn in 2016, McCourt served as senior vice president and chief financial officer at Indiana University (IU), which during her tenure encompassed seven campuses, 115,000 students across Indiana, and more than 20 000 faculty and staff. There, she led the university through the 2008 financial crisis and managed a budget of nearly $3.5 billion. McCourt also inaugurated the UI Student Financial Literacy Officewhat helped reduce student loans by 16% and student debt by $82.5 million over three years.

Through her role as Chief Financial Officer at UChicago, she hopes to work on and expand existing financial wellness programs.

Speaking about the financial literacy initiative, McCourt said: “It brings a complete package for everyone, but especially for students. It’s not all about the money. There are great lessons to be learned, and these are things that we don’t usually teach.

Prior to entering higher education administration, McCourt worked in management for Agilysys Inc., developer and distributor of software and other products for the hospitality industry, where she led corporate finance, strategic planning and capital management. She earned her bachelor’s degree from Duke University and an MBA from Case Western Reserve University.

When she arrives on campus in the spring, McCourt looks forward to meeting members of the university community in person. She hopes to replicate the meaningful relationships she made at universities such as IU and Penn.

“One thing that really attracted me to the University of Chicago [was] the deep love that people have for the University, be it senior management, trustees or alumni, and so I look forward to being part of this team and truly associating myself with the President Alivisatos and his team to truly deliver on his vision and take the University to even higher levels of achievement,” said McCourt. “Everything I do will be through that lens, and that lens…includes the community and includes all voters.”