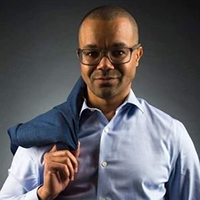 June 28, 2022 — Mayor Sylvester Turner on Tuesday announced the appointment of Will Jones as the City of Houston’s interim chief financial officer.

He will replace Tantri Erlinawati-Emo who is leaving municipal government for a role in the non-profit sector.

Jones is a financial leader with 18 years of experience in budget management, process improvement, financial analysis and long-term forecasting.

He has served the City of Houston since 2004, most recently as Deputy Director of the Financial Planning and Analysis Division of the City’s Department of Finance, where he oversaw the development of the operating budget. the city’s annual totaling $5.7 billion.

“Will Jones is a perfect fit for this interim role. He has effectively led the development of our city’s annual operating budget for the past five years,” said Mayor Turner. “I look forward to working with him to m to ensure the City’s financial position remains strong as we continue to meet our City’s priorities.

As Deputy Director, Jones was also responsible for the City’s long-term financial outlook and overseeing the City’s energy contracts, including electricity and natural gas. He has held various financial positions with the City of Houston’s Department of Finance and has also worked in the Information Technology Department, the Administration and Regulatory Affairs Department, and the Houston Airport System.

Jones graduated from Sam Houston State University with a bachelor’s degree in business administration with a major in management information systems and finance.

The Director of Finance is responsible for monitoring and improving the City’s financial functions through strong budget planning, reporting and management.