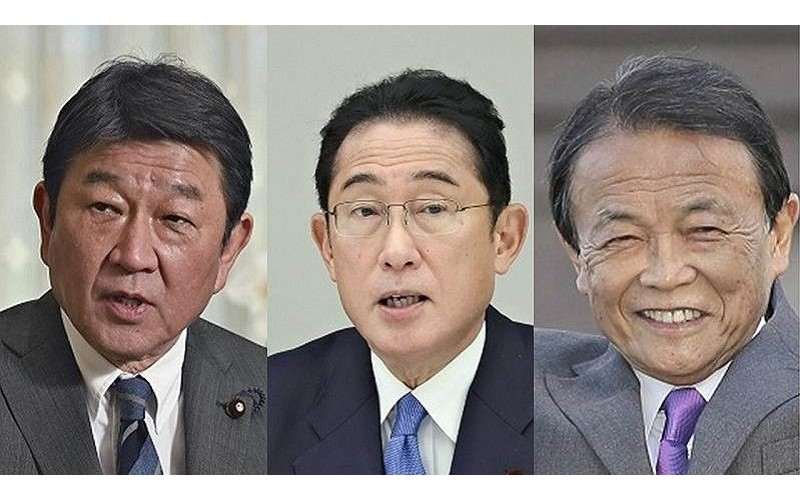 Prime Minister Fumio Kishida’s cabinet celebrated the first anniversary of his inauguration with declining approval ratings. This series examines how Kishida’s political style so far has affected the handling of key issues and what the future holds for his administration.

Previously, the House of Representatives Electoral District Council had recommended adopting a “plus 10, minus 10” plan to create 10 new districts while eliminating 10 others. Many within the party opposed the idea — in particular, elected lawmakers in the 10 prefectures that would be affected by the “minus 10” portion of the plan — prompting Motegi to briefly consider revising the initiative.

“The resistance to the idea is overwhelming,” Motegi said, according to sources. “But some party members quietly insist the government will face harsh public criticism unless it implements the plan as recommended.”

Kishida reportedly replied, “I hear some people wondering if arbitrary editing would be acceptable.”

After a meeting of about 50 minutes, the three pols decided that it would be difficult to change the recommended plan and agreed to follow intraparty procedures carefully so as not to forcefully rush the idea. It is said that Aso gave a silent nod.

The “plus 10, minus 10” plan is the result of applying the 2020 population census to a calculation formula specified by a law established in 2016 at the initiative of the PLD. The government plans to submit a bill to revise the Public Office Elections Act to change the current zoning of constituencies in line with the recommendation.

Kishida, Motegi and Aso anticipated difficulties with internal party discussions, but ultimately feared that any changes to the bill would lead to public criticism and be seen as a selfish party ploy.

The three men – who have all served as faction chairmen – have met up to four times a month since Kishida appointed Motegi in November. Some have referred to their now well-established style of decision-making as a “triumvirate”, referring to the tripartite political alliances of the ancient Roman Republic.

On the same day, the trio also reportedly discussed dropping the Cabinet’s approval rating. Aso attempted to cheer Kishida up by saying, “As long as my group [the Aso faction] and the Kochikai Group [the Kishida faction] Stay firm and strong, everything will be fine.

Kishida, Aso and Motegi try to dominate the party only through their factions. There are many instances where the three make political decisions, but Kishida then explains the issues to other senior party officials. During his first year in office, Kishida visited party headquarters 81 times, far more frequently than former Prime Minister Yoshihide Suga, who made 40 visits in total, and former Prime Minister Shinzo Abe, who made 14 visits during the last year of his mandate. .

In addition, Kishida has given extra priority to his relations with the Abe faction, the largest faction in the party, which comprises nearly 25% of LDP members.

As party chairman, Kishida adopted the “ellipsis theory” as a basic management concept. The theory is based on achieving overall harmony by balancing two centers. This political philosophy was championed by former Prime Minister Masayoshi Ohira, one of the pioneer leaders of the Koikekai group – now the Kishida faction.

For Kishida, one of these centers is made up of the three dominant factions – led by himself, Aso and Motegi respectively – while the other center is the Abe faction, which represents conservative lawmakers. Kishida considers it essential to keep these two poles in balance.

Kishida has at times made compromises to maintain this balance, exemplified by his Basic Policy Approach on Economic and Fiscal Management and Reform, which was endorsed at a Cabinet meeting in June. As requested by Abe, the document specifies a “five-year” timeframe for building up the country’s defense capabilities. Abe, for his part, has brought the discontent within his faction over Kishida under control.

The Abe faction has been unstable since Abe’s shooting death in July.

On the night of September 29, members of the senior faction and members of the lower house faction elected six or more times met at a Chinese restaurant in Tokyo’s Ginza district.

At a faction general meeting earlier in the day, interim chairman Ryu Shionoya said he was considering electing a leader to fill the vacant post. But no one spoke of a new leader at the dinner, which was attended by potential Shionoya rivals, including Hakubun Shimomura, another acting chairman, and Koichi Hagiuda, chairman of the LDP Policy Research Council.

At the end of the dinner, however, Seishiro Eto – the faction’s supreme adviser and one of its most senior members – declared that the vacancy could go to Shionoya. No one clapped in agreement or voiced opposition, and the room would have taken on an uncomfortable atmosphere. Attendees then allegedly heard someone say, “No, I don’t agree.”

Later, a disgruntled attendee said, “Those who wanted to lead the faction were trying to keep their rivals in check.”

Some hard voices within the faction insist that it should field a candidate in the upcoming LDP presidential election. But there are also fears that the Abe faction could split over who should succeed Abe, which could trigger political uncertainty within the party.

With an elliptical center already faltering, the future management of the party has become opaque. Kishida is now doing everything possible to prevent his party from fracturing.