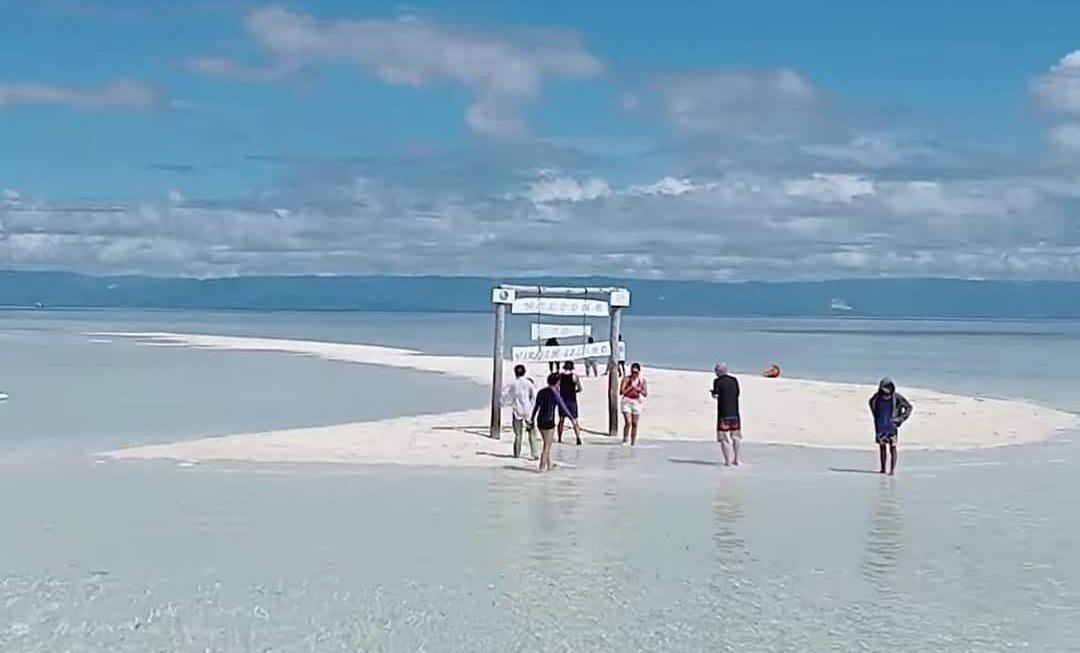 NOTE: THIS STORY WAS FIRST PUBLISHED IN THE SUNDAY PRINT EDITION OF THE BOHOL CHRONICLE.

Vendors who were featured in a nationally broadcast news story due to alleged overpricing of food, have now emerged from the famous and scenic Virgin Island of Panglao town.

Governor Aris Aumentado has issued an order to immediately stop the sale of food and drink on the island’s sandbar, which is practically causing eye irritation – destroying the beauty and serenity of the islet.

Some 16 vendors belonging to the Virgin Island Vendors Association (VIVA) have been serving food and beverages since the days of former mayor Nila Montero. Their activity at the island sandbar has been approved by the Protected Areas Management Board (PAM-B) based on RA>11038 on the expanded National Integrated Protected Areas System (E-NIPAS).

The scenic sandbar is 450 meters at low tide and 3 kilometers from the tourist paradise of Alona Beach.

The governor’s decision to close the sale in the area was part of discussions during the provincial government’s three-day strategic planning event attended by heads of offices and members of the Sangguniang Panlalawigan (SP) led by Vice Governor Victor. balite. The planning session ended yesterday at the South Palm Resort.

He said the outcome of the strategic planning will be the basis for policy making and probably the SP will come up with an ordinance regulating tourism operations.

He pointed out not only the excessive prices of the foodstuffs offered on the said island, but all the other services, including the large commissions of the drivers of the vans transporting the tourists and the prices of the resorts and/or restaurants.

The governor said the legislation and its implementation would be done fairly, stressing the need to protect both customers and tourism-related businesses.

The policy will protect the tourism industry, including the environment, he stressed.

Villamor, author of the resolution and chairman of the environmental committee, said Bohol faced a tourism-centric issue involving the alleged complaint.

“We are not only facing tourism issues, but we are also facing socio-economic issues which I fear will lead to what is called the tragedy of the commons where people will exploit the area based on self-interest and exhaust resources,” Villamor said during his privilege speech.

Tita Baja, a member of the provincial council and chair of the SP committee on tourism, found that tourists were paying between 60 and 100 pesos at the DENR, which also needs to be investigated.

The Panglao Municipal Tourism Council (MPTC) has called on the municipal government to ban food vendors on Virgin Island following a viral social media post alleging the sale of extortionate seafood in the popular destination. .

Leucudio Trotin, president of the MPTC, recommended the “immediate” closure of the island to “vendors and other tourist activities” from Wednesday.

The recommendation was accepted by council members at an emergency meeting after internet user Vilma Uy alleged that her friend and 13 others had been charged more than 26,000 pesos for food on the ‘island.

The 16 vendors will be relocated shortly to a location to be determined by the municipal government, according to Leigh Sinica, municipal tourism officer.

He said vendors will attend a Philippine Service Brand Training Workshop on August 9-10, which will be hosted by the Department of Tourism (DOT). This training will include proper food handling.

The action is a consequence of a social media post by a Leyte-based group that had lunch at makeshift vendors selling food to guests right in the middle of the sandbar.

For her part, the tourist who paid the bill said on her FB account: FYI: RE: Post in virgin island bohol… It is not my intention to destroy businesses on the island but purely to raise awareness, especially for local tourists who plan to relax from the crowded city and toxic jobs with very limited budget. If I ever offended anyone, my apologies to you all. (with reporting by Rey Tutas, Ric Obedencio, Allen Doydora)