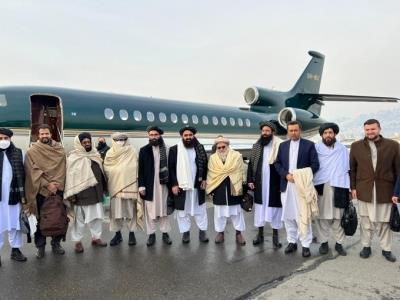 The world should not recognize the Taliban: former Afghan politician

Kabul, Aug 13 (IANS) A year after the Taliban took power in Afghanistan, a former Afghan politician has warned the international community against recognizing the current regime in the war-torn country.

“The world should not recognize the Taliban,” she said.

Sarabi, who had also been Minister of Education under President Hamid Karzai until 2005, also points to the responsibility of the international community.

However, it is precisely the high level of corruption in the ranks of the former Afghan government that experts consider to be one of the most important reasons for the collapse of the state and the military.

The Taliban regained power in Afghanistan in August 2021, 20 years after Western troops invaded.

The number of casualties in the fight against the Taliban has been high in recent years, especially among Afghan soldiers.

For many experts, however, the collapse of the Afghan state came as no surprise. Along with support from regional powers, the US-Taliban peace treaty at Doha 2020 has also helped Islamist militants gain strength.

For the Afghan army, on the other hand, the peace talks have been a bitter setback, Sarabi told dpa.

It was precisely at this difficult moment that the withdrawal of international troops took place “without a clear plan and without clear responsibility”.

“Afghanistan has simply been handed over to terrorists,” the politician said.

According to Sarabi, this is a development that will come back to bite the rest of the world.

“If we forget about Afghanistan, extremism will come knocking at our door.


Legal disclaimer: MENAFN provides the information “as is” without warranty of any kind. We assume no responsibility for the accuracy, content, images, videos, licensing, completeness, legality or reliability of any information in this article. If you have any complaints or copyright issues related to this article, please contact the provider above.

Africa’s debt to China is a red herring

BlueCross BlueShield of Tennessee Appoints Moore to Board of Directors, More Career Changes in Chattanooga Area