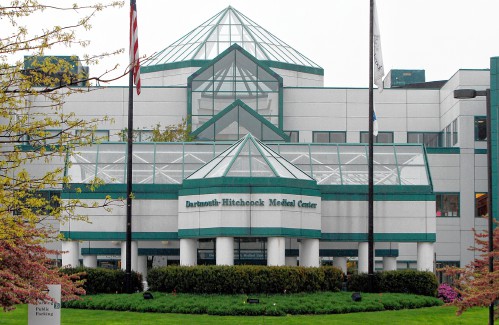 LEBANON — About 50 Dartmouth Health employees in Lebanon are expected to become employees of Conifer Health Solutions, a Texas-based company that oversees DH billing and collections, beginning late next month.

The move, set to take effect Oct. 23, aligns DH’s location in Lebanon with other locations in the health system that already rely on Conifer employees to serve as front desk staff, providing check-in services to patients. .

“Managing our enrollment process under one system allows us to improve our patient experience by providing a consistent experience across every Dartmouth Health location,” Audra Burns, a DH spokeswoman, said in a press release sent by e-mail.

In addition to the DHMC, the DH includes four other hospitals, a traveling nursing organization, and several clinics in Vermont and New Hampshire.

Conifer has worked with DH since 2015; now he will “assume responsibility for the recording services currently provided by the Lebanon Campus General Ambulatory Services and Radiology,” Burns said.

The approximately 50 front-line employees affected by the change received a letter dated September 14 notifying them of the transition. Employees will be entitled to a transition bonus of $1,000 to be paid on the first full pay period after their first six months of employment with Conifer, according to the letter. The offer of employment is contingent upon “satisfactory completion of Conifer’s pre-employment screening process”.

Conifer, on its website, has a page congratulating DH on a recent award from the Healthcare Financial Management Association, an industry group. In June, DH was one of 27 recipients of a MAP award, which “recognizes providers who have excelled in meeting industry-standard revenue cycle benchmarks (…), implemented recommendations and patient-centric best practices (…), focused their efforts on improving price transparency and achieved exceptional patient satisfaction,” according to the HFMA press release announcing the winners.

Conifer, on its website, celebrates DH achieving 101.9% of its fundraising goal over a five-year partnership with Conifer.

DH selected Conifer to assume operational management of the revenue cycle and the so-called “single business office” for the entire healthcare system, including physicians, ambulatory surgery centers and imaging centers , according to the Conifer website.

“Their expertise helps D-HH (DH was formerly known as Dartmouth-Hitchcock Health) maintain a strong financial footing to achieve our vision of a sustainable healthcare system that will serve New Englanders for generations. coming soon,” Jantzen said in the 2019 release. “As D-HH and APD strive to connect the people of New Hampshire and Vermont to the thriving integrated care community they have come to expect, we count on Conifer to deliver the high-quality financial experience patients deserve.”

“The impact of our work goes beyond improving margins, reducing costs and making operations more efficient,” said Stephen M. Mooney, then Conifer president and chief executive officer, in the 2019 statement. “As part of the community, we are also committed to providing the highest quality service to patients and their families, whenever and wherever they access care.”

But some DH employees are concerned about Conifer’s growing role. An Instagram page run by a nurse at Dartmouth Hitchcock Medical Center in Lebanon featured a meme that included a photo of a bride and groom kissing. The bride is labeled “Conifer” and the groom “DH”, with a woman in the foreground looking grimly at the camera, labeled “main office workers”.

A second image on the page includes text at the top that reads: “When DH decides to let Conifer buy out all recording staff, forcing them to either sign new employment contracts or quit.” Below that text is a photo of former President Donald Trump saying, “This has been the worst trade deal in the history of trade deals, possibly ever.”

Additionally, some patients have struggled with DH and Conifer’s billing practices. A May article by Kaiser Health News featured Sunapee resident Elizabeth Melville, a 59-year-old patient at New London Hospital who had to pay a $2,185 bill for her second colonoscopy. His first, nearly six years earlier, cost $0, as required by the preventive services provisions of the Affordable Care Act. The Centers for Medicare & Medicaid Services said polyps removed during a screening colonoscopy, as Melville did, are considered part of the procedure and should not affect the patient’s cost-sharing responsibilities.

But it wasn’t until KHN contacted DH and Conifer regarding Melville’s bill that Conifer told Melville his bill was being restated. Melville’s insurer, Cigna, then told KHN that Melville would not be responsible for the disbursements.

According to the story, Melville’s situation shows that patients should check with their insurance company before a colonoscopy to see what costs they might expect; doctors and hospitals are required to give patients a good faith estimate before an intervention; and patients must read the documents that they must sign beforehand.

Melville told KHN that the burden placed on patients was unfair: “I always think asking anyone who’s just been prepped for a colonoscopy to go through those choices, ask questions, and potentially say ‘no thanks’ to any of that doesn’t work. is not reasonable.”